Bark beetles are a group of insects that tunnel and reproduce under the bark of trees. Their name is descriptive of the way these insects live and mine between the bark and wood of trees and shrubs. This activity damages vascular tissue in the affected tree, impeding that tree’s ability to transport water and nutrients. Internal damage like this can be fatal and is especially problematic since these beetles commonly infest trees that already have root or bark injuries, or are experiencing stress from environmental factors such as drought. Some species of bark beetles are also known to carry harmful fungi that further accelerate the decline of an infested plant.

While bark beetles have become infamous for their impact on conifer trees, there are some that attack only deciduous trees. Elm bark beetle, oak bark beetle, and ash bark beetle are good examples and, as their names imply, these pests primarily prefer a single host species. 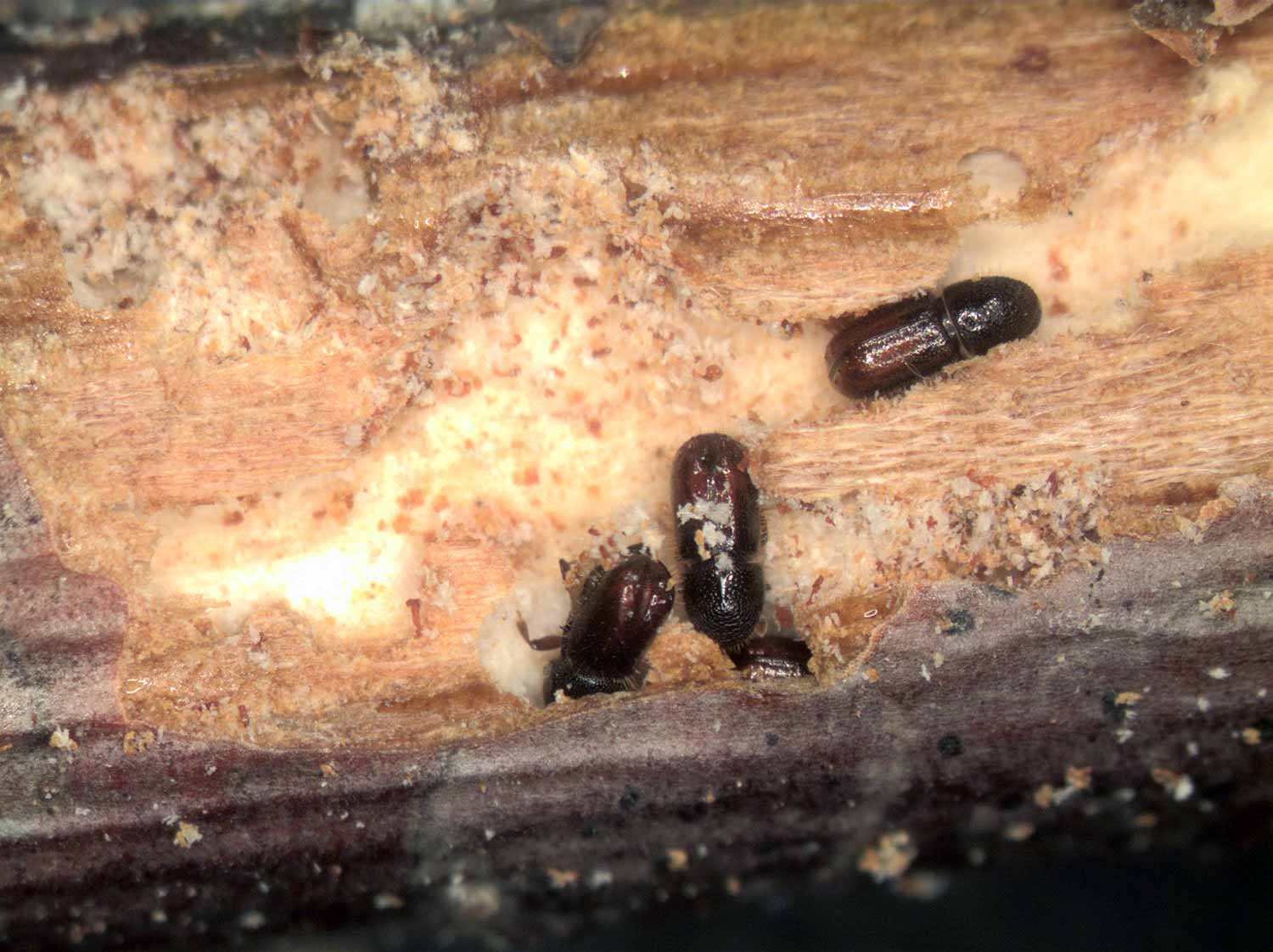 Range of each individual species varies, but given the vast variety, these insects are widespread. An increase in global temperatures may also play a role in the growing population and expanding range of these insects.

Bark beetles spend the majority of their lives under the bark. The lifecycle and timeframe vary based on species, but the process generally begins after mating when the beetles excavate galleries in the bark where females lay their eggs. After the eggs have hatched, young larvae begin feeding inside the trees. Once the larvae mature into adults, they chew exit holes and fly to nearby trees or disperse into area forests to initiate new infestations. Many bark beetles produce pheromones that attract other beetles to attack or converge on the the same tree. 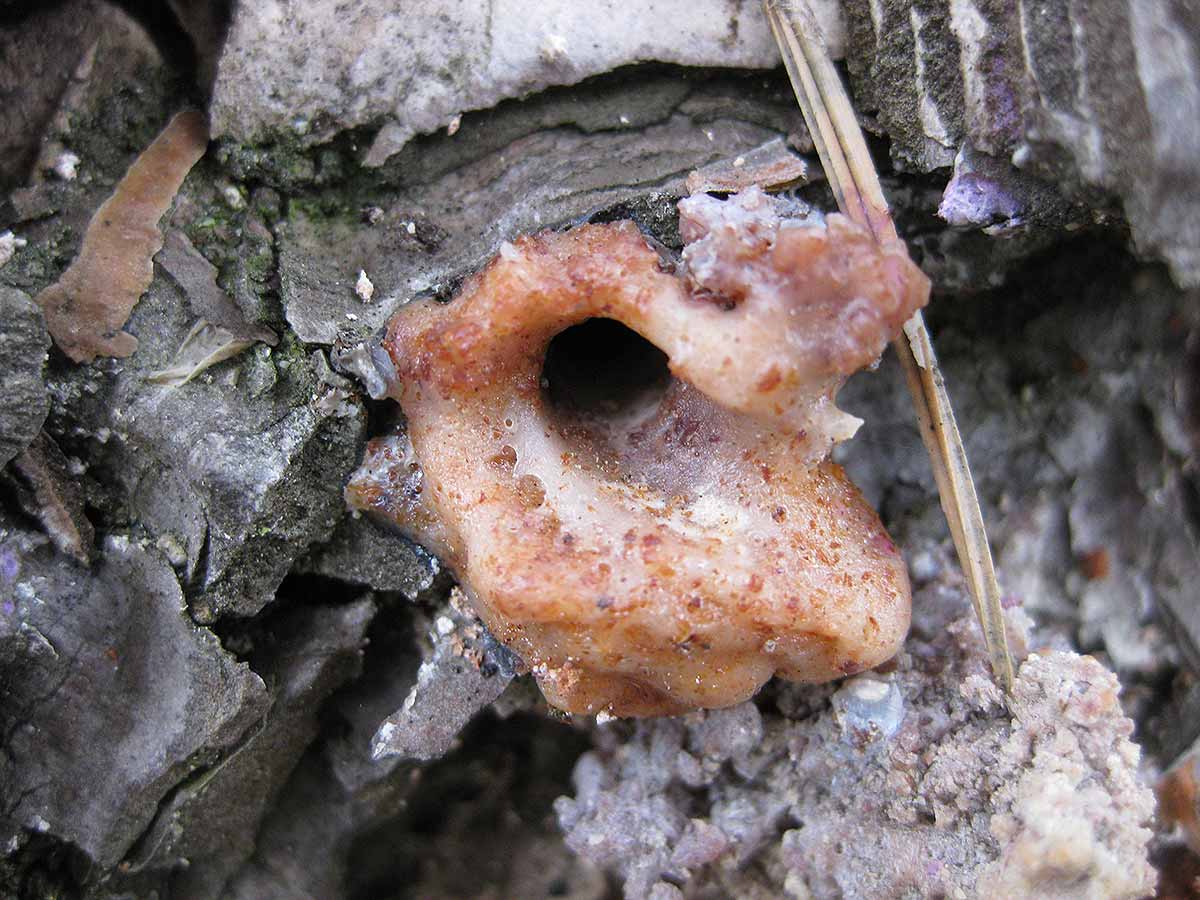 An emergence hole in the trunk is evidence of the presence of bark beetles. Pictured here: turpentine beetle.

In conifers, symptoms including yellowing of the needles, which may then turn reddish brown. Discoloration often first appears in the upper crown. A closer look at the trunk will reveal emergence holes that may exude sap or sawdust (called frass). Removal of the bark may expose the feeding and egg-laying galleries beetles have created.

Similarly in deciduous trees, there will be small exit holes with sap or sawdust nearby. Sawdust may also accumulate at the base of the tree. Wilting and discoloration of the foliage will often be followed by defoliation as the infested tree continues to decline.

Bark beetle infestations are often not discovered until advanced symptoms appear. At this point, it is often too late to save the tree. With this in mind, routine inspections are recommended to identify the presence of these insects early and to help reduce tree losses. Bark treatments can be applied to prevent infestations and are particularly important for trees under stress. This includes trees with existing injuries and those in drought conditions as well as newly transplated trees. Sanitation is also important to help manage infestation. Dead branches should be pruned and dying host trees nearby removed with resulting plant material completely removed from the site.

We specialize in a variety of services. Our aim is to deliver the top level of customer service based on your requests.