A wood-boring beetle that can severely harm many species of birch, the bronze birch borer is common in parts of the United States and Canada where birch trees are prevalent. This beetle most often targets trees that are already under stress from other sources such as disease, drought, nutrient deficiency, or injury. Healthy trees are more resistant to attack. While all species of birch are susceptible, white-barked varieties are at a greater risk of infestation.

Egg-laying and larval feeding activity of the bronze birch borer causes serious issues, blocking the tree’s ability to transport water and nutrients from the roots to the leaves. Consequently, the first signs of distress are yellowing and dieback of the infested tree’s uppermost branches, those furthest from the root system.

Bronze birch borer is native to North America. Widespread damage from the pest is typically seen in the northern United States and southern Canada, though it can be found most anywhere birch trees are present. Trees living in stressful environments also face a higher likelihood of attack. For example, the pest is more likely to successfully invade birch trees growing in poor soil conditions or those where rainfall has been scarce. 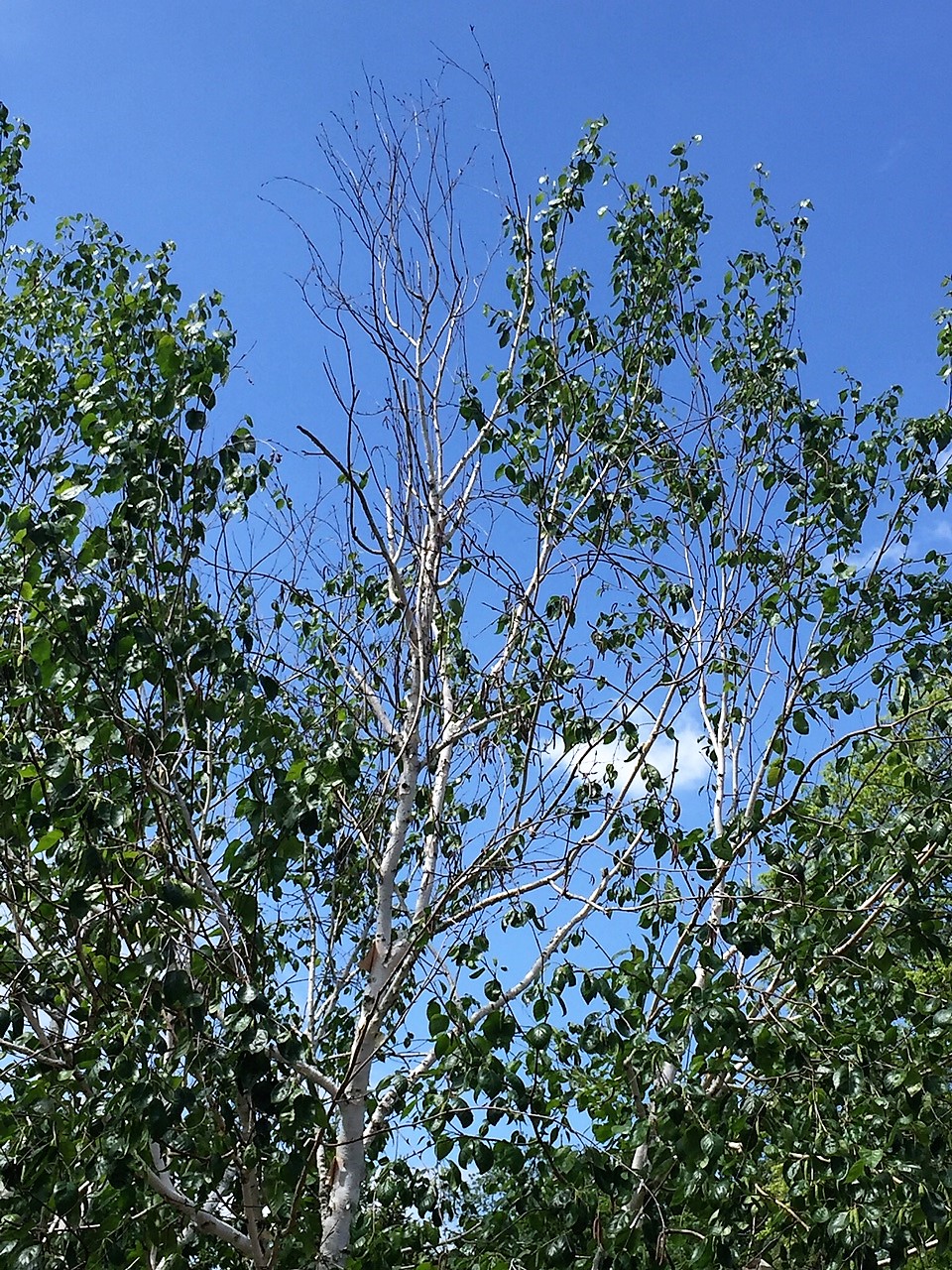 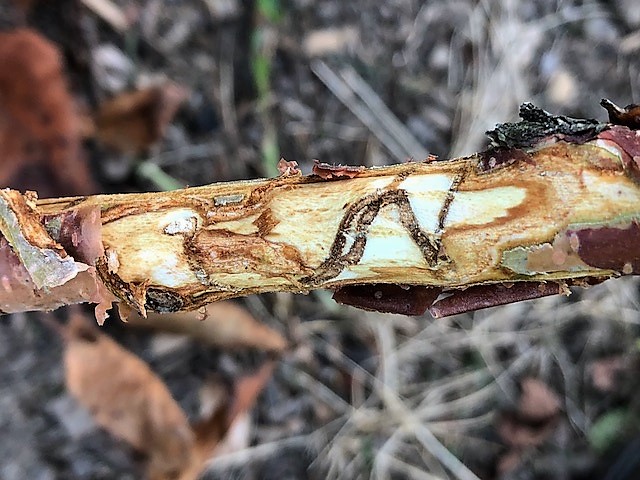 Destruction under the bark by burrowing larvae

In late spring or early summer, adult females lay eggs in cracks or crevices in the bark of trees. When the larvae hatch, they burrow into the wood, feed inside the host tree over the course of the summer and into autumn and then overwinter. The following spring, they emerge as adults, creating small holes in the bark when they exit. The adults further damage trees by feeding on foliage before laying eggs and beginning the process again.

Although unseen, the most destructive and notable symptom are burrows under the bark of the tree, which are created by the larvae as they feed to mature into adults. This internal damage inhibits the flow of key nutrients and water through the tree.

The more evident signs that a tree has been attacked by bronze birch borer are thinning, yellowing, and eventual dieback of the upper crown as well as smaller leaf size and subsequent browning. This damage usually begins to occur in late spring or early summer after adult females have laid their eggs. When extensive internal damage is present, the tree’s branches will then begin to die. Complete death of the tree is possible in as little as three to four years after the initial infestation.

D-Shaped hole from which an adult borer has emerged

As bronze birch borer has difficulty infesting healthy host trees, keeping birch trees at optimal health is the best way to prevent infestation. This includes sufficient watering, especially during the growing season, adequate mulching and fertilisation, and properly-timed pruning. Fall and winter pruning are ideal so as not to attract new beetles to fresh pruning wounds. When planting, it’s a good idea to select resistant birch species.

In areas where bronze birch borer has historically been a problematic pest, additional treatments may be applied to prevent or assist in managing infestations. This will be most effective when treatments are applied before adults emerge, but can also be useful in minimizing damage throughout spring and summer depending on the circumstances.