Blue spruce is native to the Rocky Mountain region of the United States, but is widely planted as an ornamental well outside the native range. Many varieties have been developed for the nursery trade with various sizes and growth habits. The name ‘pungens’ refers to the sharply pointed needles, and a waxy coating on needles creates the characteristic ‘blue’ coloration.

Performs best on moist organic soils but does not tolerate flooding. Grows well with soil pH just below or just above 7. Grows well in single plantings or groups, but lower branches will die back in groupings where they are shaded. Full sun, does not tolerate shade. May suffer in areas with warm night temperatures or warm winters. Can grow up to 75-feet tall but normally is closer to 50-feet.

Needlecast infects new growth, but does not cause needle drop until the following years, thus requiring several years of fungicide applications for full management. Insect pests should be monitored and treated as needed. Good candidate for Root Invigoration due to shallow roots and preference for organic soils. Horticultural oil treatments will diminish waxy blue coating and should be avoided. Repeated defoliation by spruce budworm will lead to mortality, treatments should be made early in outbreaks. 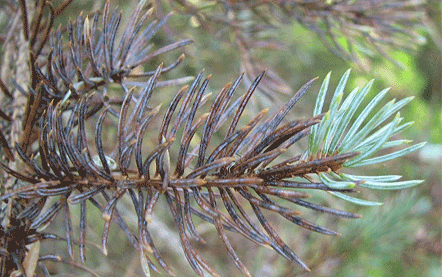 Symptoms of Needlecast, prior to needle drop 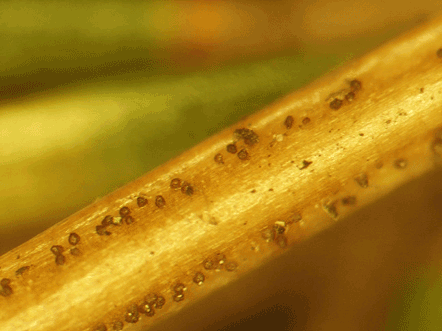 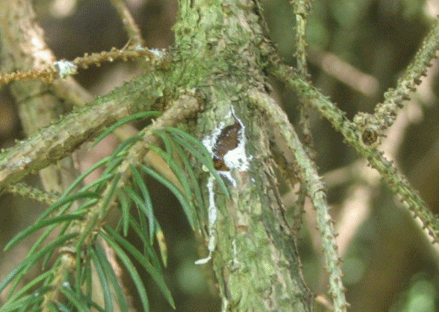 Resinous lesions and branch dieback are typical of Cytospora canker