All apples, including crabapples, are believed to have originated in the mountains of Kazakhstan, and were brought here by colonists. Crabapples have been used for cider and jam. A Malus tree with fruit that's two inches or more in diameter is considered an apple, while a Malus tree with fruit smaller than two inches is considered a crabapple. Crabapples are a versatile and popular small tree for urban and suburban landscapes. More than 400 species and varieties of crabapple are available which represent a diversity of flowering and fruiting characteristics, growth forms and pest resistance. Flowers, produced in early spring are white, pink, or red. Fruit varies in size and colour and may cling to twigs in winter to provide interest and food for wildlife. Crown shape may be rounded, upright, spreading, or weeping depending on variety. Dwarf crabapples are popular in containers where space is limited.

More than 400 species and varieties of crabapple are available which represent a diversity of flowering and fruiting characteristics, growth forms, and pest resistance. Can be used as a landscape specimen or patio tree. Its small mature size makes is a good selection under utility lines. Crabapples grow best in a moist, slightly acidic soil with a pH of 5.0 to 6.5. Good drainage is a must for tree health. Prefers full sun. Hardy to zone 4.

As with most members of the rose family, crabapples are host to many insect and disease pests including caterpillars, aphids, scale insects, and spider mites. Fire blight is the most devastating disease of crabapple. Caused by a bacterium which infects through the blooms, fire blight causes branch dieback and death of susceptible varieties. Foliage diseases including scab, rust, and mildew can cause defoliation. Disease resistant varieties are available. Sensitive to mower and trimmer damage. Does not tolerate prolonged drought.

Often requires pruning for maintaining size and shape, and to remove branches that cross over or rub against others, as well as water sprouts and branches that grow too vigorously. Shoots with fire blight should be pruned out. Do not over-fertilize. Mulch for health and to reduce mower and trimmer damage. Irrigate during dry periods. 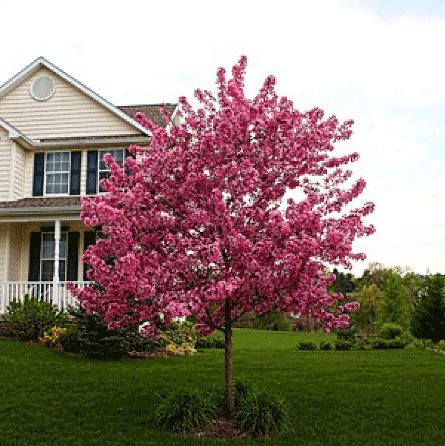 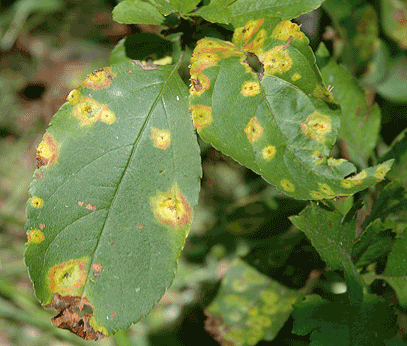 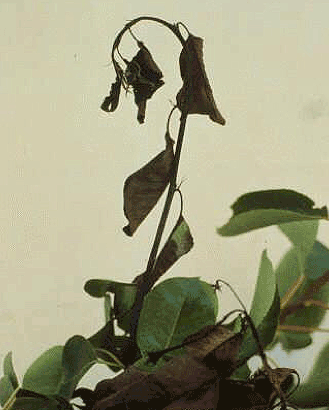