Douglas fir is one of the most predominant trees found in forests of the PNW and western Canada. Native from B.C. south to northern Mexico. Valuable timber species, often found in landscapes as remnant of pre-development forest. Douglas fir can be distinguished from ‘true’ fir or spruce by the tassels, ‘beards’, or ‘mousetails’ on each cone scale.

Performs best with moist, organic-rich, acidic soils. May develop multiple leads due to top-death from drought, storms, or lightning. Often topped in an attempt to reduce size and risk, but over time topped trees become more hazardous.

If reducing wind resistance is desired, prune to shorten extended branches. Do not create ‘windows’ in canopy to reduce wind resistance, as this increases likelihood of large branch failure.

Inspect base of tree following early fall rains for mushrooms of Armillaria or conks of P. schweinitzii. Evidence of infection often appears as a flattened side of the trunk, or resinous oozing from the lower 5 feet of trunk. Oozing from higher up is usually an indication of overall stress, or is coming from pruning wounds. 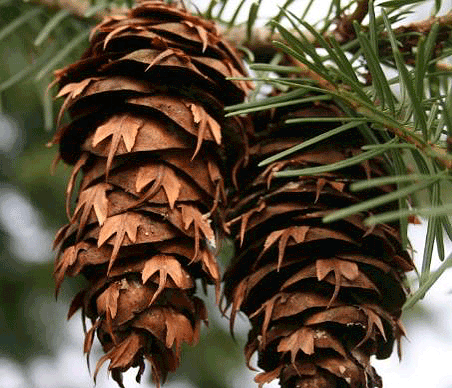 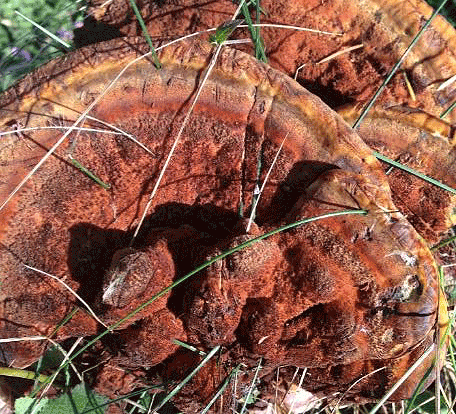 Top side of P. schweinitzii conk; bottom of conk will bruise purple 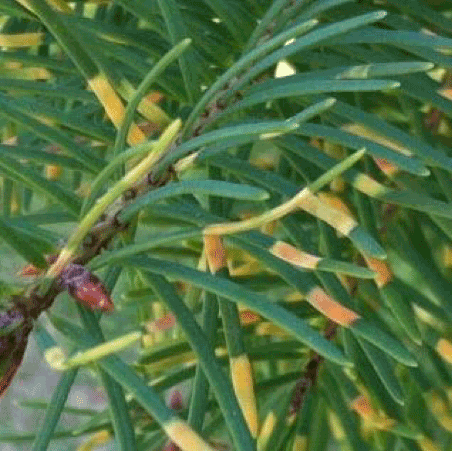 Yellow banding on needles is evidence of needle midge