English Yew (Taxus baccata) is among the most popular evergreens for foundations, hedges and group plantings. More than 100 cultivated varieties of these species are commercially grown. Taxus is prized for its compact growth habit, deep green foliage, and wide diversity of growth forms.

Yew is relatively easy to grow but it does have specific cultural requirements. Yew requires well drained, fertile soil with neutral pH; performing well in both sun and shade. Yew tolerates heavy pruning and shearing. It is frequently sheared into "tight" formal shapes. A more natural appearance is obtained if the plants are pruned, rather than sheared, in early spring and again in summer to maintain the desired form.

The most common cause of decline and death of Taxus is excessive soil moisture. On wet sites, roots are prone to Phytophthora diseases. Principal insect pests include mealybugs, scale, and weevils. Heavy infestation can significantly reduce plant vitality and growth. Weevils feed on roots in the larval stage and on the foliage as adults. Yew is a food source for deer. Browse injury can severely disfigure plants.

Sample soils for nutrient and pH levels especially if deficiency symptoms were evident during the growing season. If plants exhibit decline, sample roots, or root collar for Phytophthora root rot. If detected use phosphite/subdue soil drenches. Treat foliage preventatively for mealybugs, scale, and weevils especially if conducive weather conditions are present. Spray with an appropriate insecticide at 3 to 4 week intervals commencing in May. 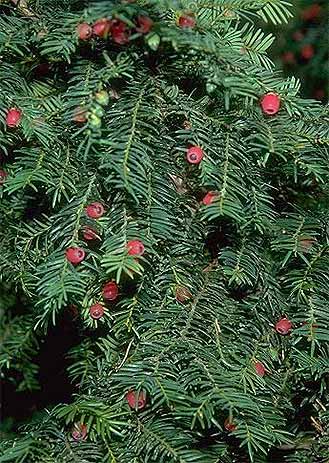 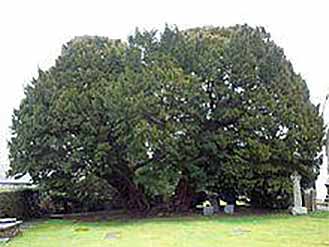 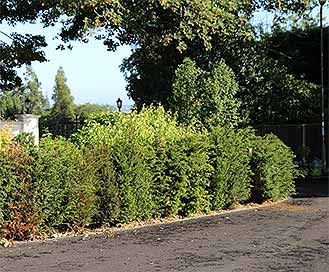