European beech is often called the finest specimen tree available, with green or purple foliage, dense shade, colorful fall foliage, and attractive architecture, both upright and weeping, and bark. Beechnuts were food for prehistoric humans and are still eaten today. The wood has been used for centuries for both fire and furniture in Europe. The first written European literature was inscribed on beech bark. The European beech can live more than 150 years and can grow 30-40 metres in height with a spread of 10-13 metres when mature. In the early 19th century the oil from the tree was used for cooking and to fuel lamps. The tree's fruit was also ground to make flour, though only after the slightly toxic tannins were leached out. Widely planted for hedging purposes.

The European beech prefers acidic, loamy, moist, sandy, well-drained soils. Does not tolerate wet, poorly drained soils. It has some tolerance of both drought and shade. Tends to branch close to the ground, and often casts dense shade that prevents growth of other plants beneath. Soils must be organic, well-drained, fertile with a pH of 6.5-7.5. Roots tend to be shallow. Not generally a good urban species. Can be pruned into a hedge.

Bleeding canker caused by the fungus Phytophthora is the principal disease affecting beech. It kills areas of bark and sapwood especially on the root flare and lower trunk. Reddish-brown liquid from the lesions gives it the name “bleeding canker." Beech is also prone to wood decay and root rot. Old and stressed trees are most sensitive to these diseases. Ambrosia beetles and two-lined chestnut borer are potentially lethal but secondary insect pests. Giant polypore (Meripilus giganteus) is of particular concern because it can cause extensive internal damage before any external evidence of its presence is noticed. It infects and grows in the roots of mature beech trees. Hedging beech is particularly vulnerable to white fly attack.

European beech requires little pruning to develop good structure. Co-dominant stems can be cabled to improve support. Wound closure is often slow. Soil management should focus on maintaining a slightly acid pH (5.0 to 6.5) soil with adequate organic matter; avoid over-irrigation. Beech does best in a mulched bed. Phytophthora in European beeches can be suppressed by application of Mefanoxam, potassium phosphite, and biochar. 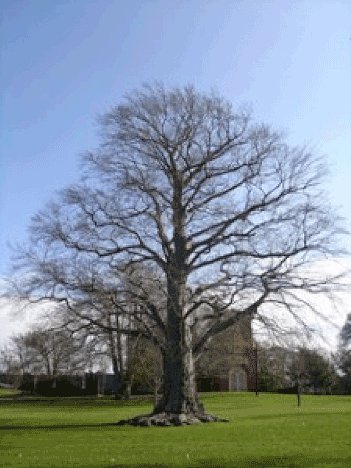 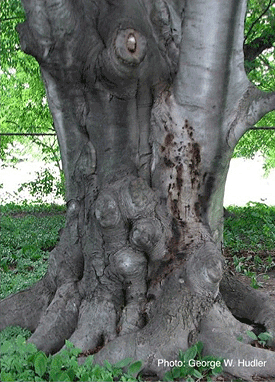 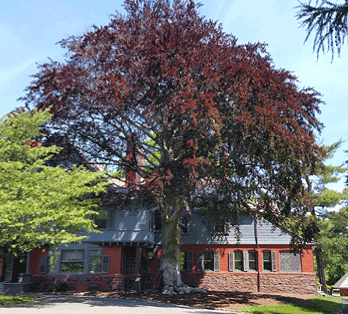